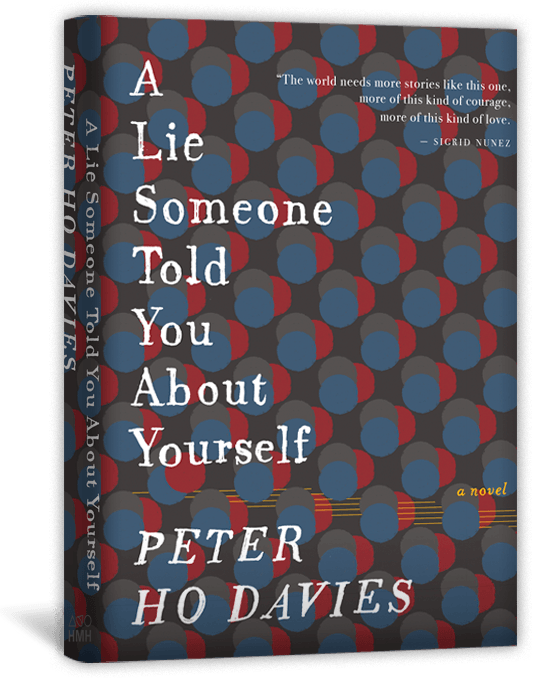 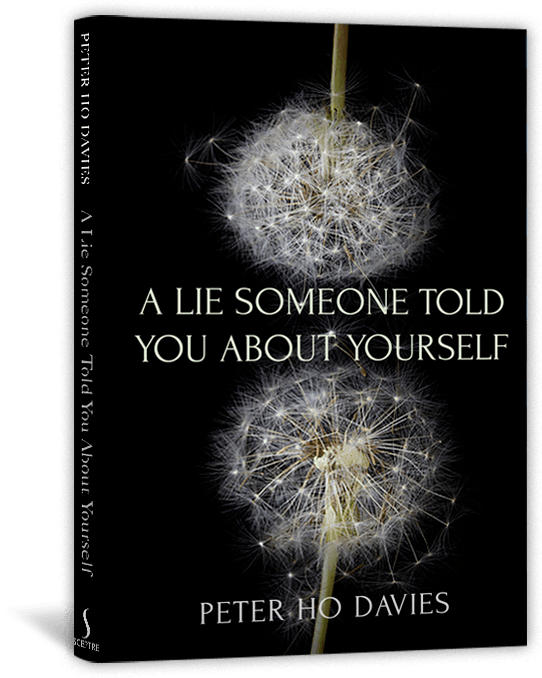 A Lie Someone Told You About Yourself traces the complex consequences of one of the most personal yet public, intimate yet political decisions a family can make: to have a child, and conversely, to choose not to have a child. A first pregnancy is interrupted by test results at once catastrophic and uncertain. A second pregnancy ends in a fraught birth, a beloved child, the purgatory of further tests—and questions that reverberate down the years.

When does sorrow turn to shame?
When does love become labor?
When does chance become choice?
When does diagnosis become destiny?
And when does fact become fiction?

This spare, graceful narrative chronicles the flux of parenthood, marriage, and the day-to-day practice of love. As challenging as it is vulnerable, as furious as it is tender, as touching as it is darkly comic, Peter Ho Davies’ new novel is an unprecedented depiction of fatherhood.

“A Lie Someone Told You About Yourself is a novel about love—not fake love that blots out all else, but real-life love that, like a rose window, allows all other emotions to pass through it: guilt, shame, fury, duty, sorrow. Peter Ho Davies has written a brilliant book about modern marriage and parenthood, about choice and its fallout, that is hilarious and devastating, both true-to-life and a comforting fractured parable for our time.”
Elizabeth McCracken

“There are some stories that require as much courage to write as they do art. Peter Ho Davies’s achingly honest, searingly comic portrait of fatherhood is just such a story. A Lie Someone Told You About Yourself enacts to profound effect the dark shames, fears, and absurdities that are an inescapable part of family life. The world needs more stories like this one, more of this kind of courage, more of this kind of love.”
Sigrid Nunez

“I never miss a new book by Peter Ho Davies and A Lie Someone Told You About is his best yet. A taut, raw, clever work of autofiction with a real beating heart, this is the audacious tragicomic novel about fatherhood and long-term love we’ve been missing.”
Claire Vaye Watkins

“Peter Ho Davies has long written brilliantly about accidents of culpability and their winding trails. In A Lie Someone Told You About Yourself he has given us a stunning novel of family life, scrupulous and astute, full of home-truths in every sense. Another triumph by an author whose books I love.”
Joan Silber

“In this wise, bracingly honest novel, a father chronicles his son’s birth through his teenage years…Other fictional fathers have walked readers through baptism by swaddling/car seat/diaper pail, but this one grabs us around the neck instead of by the hand. We are in it with him, up to our eyeballs in wonder and coziness, uncertainty and frustration, spousal quibbling and second-guessing. And the all-access pass is exhilarating while feeling like a public service — after all, there is nothing more boring or further from the truth than the “It’s super!” perspective on bringing up baby… [Davies] tells it like it is in a way that will inspire you to be honest about your own experiences.”
Elizabeth Egan, New York Times Book Review

“[a] powerful account of fatherhood…told with fearless honesty. The prose is rueful, spare and matter-of-fact, but emotions churn beneath the clean surface. It can be very funny, but it can also stop you in your tracks.”
The Guardian

“Astute and heartbreaking but also witty, this slim novel examines the cultural debate – and maybe more significantly, the internal discourse – about abortion.”
People (“Book of the Week”)

“Piercing and expansive…[a] stark and refreshingly realistic portrait of marriage… A Lie Someone Told You About Yourself is a deftly written, bittersweet and thought-provoking book about the joys and sorrows of having kids (or not), staying married (and sometimes fantasizing about not) and ushering your own parents through old age.”
San Francisco Chronicle

“A courageous, honest…bitingly comic portrayal of parenthood…This tender, thought-provoking novel captures the doubts, the worries, the pain and sheer joy of being a parent.”
The Independent (★★★★★)

“Ambitious…Davies’s bold tell-all policy makes for moving and compelling reading…A Lie Someone Told You About Yourself is…admirable for the brave new things it has to say about shame, regret, fatherhood and love.”
The Times

“A funny, tender and unflinchingly honest account of fatherhood, of the ways it can wound you and confound you, but also of its potential for transcendent, transformative joy.”
TLS

“In a slim novel about parenthood, Davies explores the big questions of life, sex, morality and mortality.”
Financial Times (best books of the week)

“Fierce paternal love spills off every page of this masterful book in a way that recalls Max Porter’s Grief Is The Thing With Feathers; lean and darkly funny, it contains not a shred of mawkishness…exceptional.”
The Daily Mail

“So amazing and beautiful…sensitive and caring and true. It gets at something very, very deep about what parenting is like and how caring for a child changes you in ways both good and bad.”
Slate

“A raw, intimate look at a couple’s journey into parenthood.”
Booklist (starred review)

“Davies’s meditation on the complexities of parenthood is at once celebration and absolution, finding truth in human contradictions.”
Publishers Weekly

“Excellent…heartbreaking…a poetic meditation on the nature of regret and a couple’s enduring love through myriad difficulties. It’s a difficult but marvelous book.”
Bookpage (starred review)

“Davies’s take on the highs and lows of marital life . . . is masterly . . . A bittersweet story, a tender and touching novel that’s unafraid to wear its heart, and its humor, on its sleeve.”
Shelf Awareness

Listen to Peter discuss the first chapter of the book, originally published as the short story “Chance” on Kelly Fordon’s podcast “Let’s Deconstruct a Story.”